Back to top
Skip to main content
PalmCourt.ParkLane@SheratonHotels.com
Call to Reserve: +44(0) 2074996321
Homeafternoon-tea

Finely crafted by our pastry team and inspired by British heritage, the menu includes a Battenberg, a Royal Apricot Mandarin Chocolate Cake, a Queen's Hat and Victoria Sponge.

The menu also includes freshly baked plain and golden raisin scones served with homemade selection of seasonal preserves and clotted cream. The savoury offering for the Afternoon Tea is refined to deliver a simple nostalgic addition to the menu, and features a selection of sandwiches including coronation chicken, free range egg mayonnaise, smoked salmon and truffled cream cheese.

The Sheraton Grand London Park Lane has also partnered with the world award-winning Newby Tea who have created a special ‘1927' blend for the Queen's Jubilee Afternoon Tea, marking the year the hotel was originally completed. 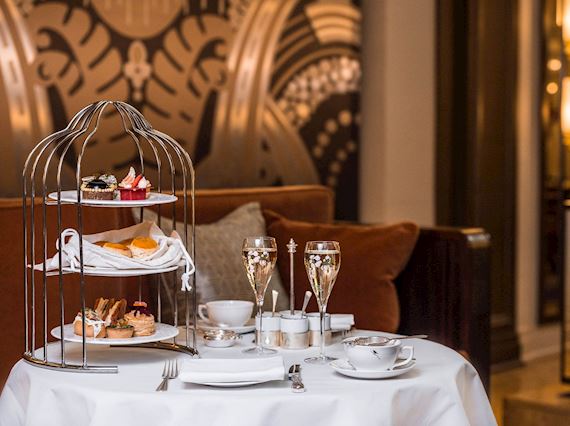 The Sheraton Grand London Park Lane has long been famed for its unique art deco design and 1920s heritage. The Palm Court is just one of the original features of the hotel from when it was completed in 1927. Guests can admire original panelling, stained-glass windows from the early twenties and exquisite 1920s-styled murals adorned with theatrical patterns. Combining 1920s flair and traditional ingredients, guests will enjoy an authentic taste of the era created by the hotel's talented pastry team and be transported back in time to the prosperity of late 1920s London.

The Queen's Platinum Jubilee Afternoon Tea is elegantly presented within the ‘birdcage' cake stand, aptly named after the nickname the hotel received in the early twenties. Sheraton Grand London Park Lane was one of the first buildings in London to be built with a stand-alone steel structure, after construction was abandoned during the first World War the steel frame was nicknamed the ‘birdcage'. Building recommenced in 1924 and the steel frame still forms the arches of the Palm Court today. 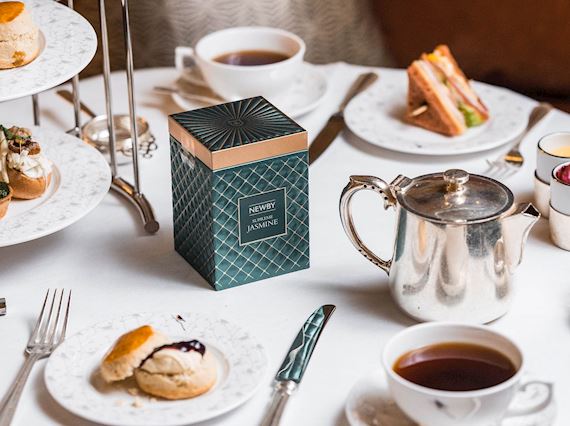 The Sheraton Grand London Park Lane has also partnered with the world award-winning Newby Tea who have created a special ‘1927' blend exclusively for Nineteen Twen-Tea, marking the year the hotel was originally completed.

Newby Tea is the world's most awarded luxury tea brand, Newby was founded in London at the turn of the millennium with a clean mission to reintroduce quality tea. Newby teas are renowned for uncompromising flavour that mirrors the character of their source. Tea is shipped directly to their unique, state-of-the-art preservation, storage, blending and packing facility in India. A facility which is strategically located in the heart of all the fine tea-growing regions of the world thus reducing transit time to preserve quality.

Newby Teas is also part-owned by the N. Sethia Foundation, a UK-registered charity founded in 1995 which is heavily involved in projects including the support of education, medical research, disaster relief and hunger prevention. 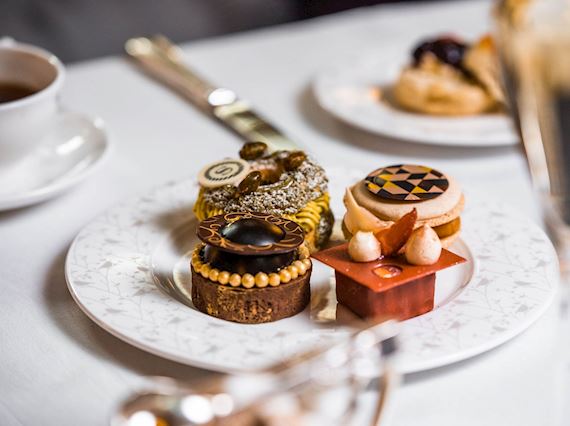 Afternoon tea is recognised around the world as being something traditionally British. Nobody knows the exact origins of the Afternoon Tea but one lady features in all theories, Anna, Seventh Duchess of Bedford (1783-1857), lady in waiting to her majesty, Queen Victoria.

Traditionally, dinner was not served until 8.30 or 9.00 in the evening and the Duchess often became hungry, especially in the summer when dinner was served even later. Every afternoon, she experienced a "sinking feeling" and requested sandwiches and cakes between 3pm and 4pm in the afternoon.

Soon others followed the duchess' lead. In 1842, a well-known actress named Fanny Kemble heard of Afternoon Tea, and began to invite some guests to join her. Soon all of fashionable London was sipping tea with a variety of sandwiches on the side. The custom of "taking tea" in the afternoon had become well established, along with a complex set of rules and etiquette. 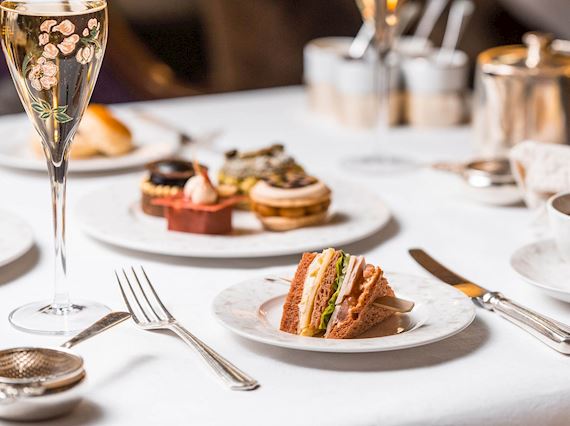